Made for PC - No Microtransactions!

Choose from more than 40 spells, evolutions and combos. From powerful destructive spells, to tactical spells that stun, interrupt, block and push enemies for ultimate lane control. 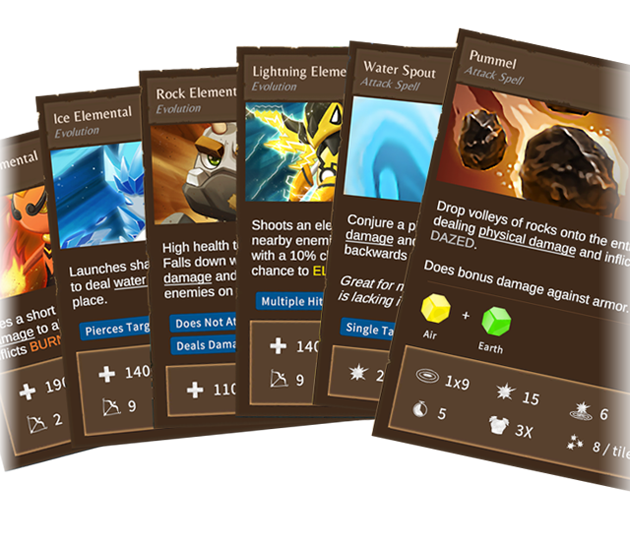 Use more than 30 gameplay-changing upgrades to optimise your strategy and complete the hardest difficulty.

Evolve your Elementals during the battle to adjust your strategy and create a formidable defensive force.

Play through a story campaign to meet new allies and discover new spells as you adventure through the world under siege by an invading undead legion.

Complete more than 50 levels as you face increasing challenges. Defeat a variety of enemies each with different weapons, abilities & threats, and engage in intense battles with the tough boss captains that lead the enemy army.

Put your skills to the test with multiple difficulty levels (including a casual mode if you just want to relax). Master advanced techniques such as spell interrupts & synergy between elements as you unlock all Steam Achievements.