Battle Ready is a tactical multiplayer first-person shooter game like no other. Put your skill and teamwork to the test as you battle across vast landscapes, day and night. Are you ready?

Be sure to join our Discord to be the first to know about new features and up-to-date state of the game, and participate in discussions that help shape the game.

FAQ
Q: Will there be a public beta?
A: Likely not, but no promises either way.

Q: Will there be a single-player campaign?
A: No.

Q: What's on the roadmap?
A: Some of the things you can expect during Early Access and beyond include bug fixes, ever-improving weapon and map balance, new weapons and attachments, new maps, new game modes, ranking system, ever-improving visuals, weapon and character skins. We will be considering upgrading the game to Unreal Engine 5 as soon as it becomes feasible, which would bring improved performance and visuals. Of course, we will listen to the community throughout Early Access and after the full release. A more detailed roadmap will be available later.

Q: Will there be a Battle Royale mode?
A: Possibly, at some later stage. It's not a priority item at the moment.

Q: Will there be loot boxes?
A: No loot boxes. We plan to have cosmetic items at some point, all of them will be available to purchase with in-game currency.

Q: What game engine is used for Battle Ready?
A: Unreal Engine 4.27

Q: Who are Wolf Tango Games?
A: WolfTangoFox, working with several talented artists, and a close team of friends and gaming buddies. Being a small team allows for a very open dialog, and a majority vote from the community is enough to implement a change in the game. No hidden agendas, no bureaucracy and no shareholders to please, just gamers making a game. Follow WolfTangoFox on Twitch if you want to see the developer play the game and chat about it.

Note: All features and information subject to change as the result of testing and community feedback. 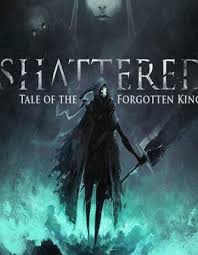 Someone just purchased
Shattered - Tale of t...
About 3 minutes ago